About our Sento Tips 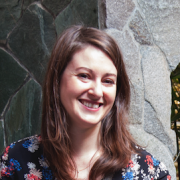 Stephanie Crohin was born in the south of France. With a strong interest in Japanese literature, she came to Japan as an exchange student in 2008 and studied at Rikkyo University in Tokyo.

During this time, Stephanie was introduced to her first sento. Whilst returning home after her study abroad, she returned to forge a career around this new-found interest. Based on her experiences, she provides information about sento through her blog and Instagram to help share sento culture with her audience.

Currently, Stephanie works as a freelance writer and photographer. In 2015, she was appointed as a Sento Ambassador – a role which enables her to spread the culture of sento around the whole world.